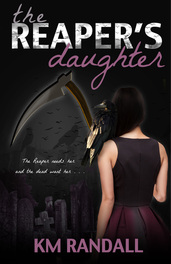 I’ve always felt like an average girl . . . except for my strange relationship with death. You could say I like to court it. Whether I’m soaring through the air as a flyer for Specter University’s cheer squad, or speeding down the steepest mountain with only grace and balance keeping me from an icy end, I’ve always needed to feel a rush. But now Death is courting me―in more ways than one. First, there’s Rishi, a rogue death deity who has a penchant for annoying me nearly to my grave and whose intense gaze has the power to see right through me. Then there’s Hades, who I’d rather had stayed just a myth. Now that he knows I exist, he’s never going to leave me alone until he can do the same to me as he’s done to my mother.

Oh yeah, did I forget to mention her? I spent my whole life thinking she had died when I was a baby, but now I’ve found out she’s much more than dead. Fifty years ago, Hades banished my mother from the underworld and along with the Council of Death Deities, took away her ability to cross over souls―souls that have wandered lost through the world ever since. Now she wants me to clean up the mess. You may have​ heard of her before: they call her the Grim Reaper. You know what that makes me? The Reaper’s Daughter. 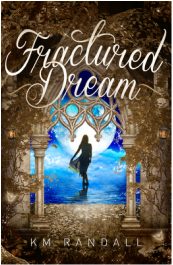 Have you ever wondered where fairytales go once they're created?

It's been eight years since Story Sparks last had a dream. Now they're back, tormenting her as nightmares she can't remember upon waking. The black waters of Lake Sandeen, where her Uncle Peter disappeared decades before, may hold the secret to Story's hidden memories, or a truth she'd rather not know. On a bright summer afternoon, Story and her two best friends, Elliott and Adam, take a hike to the lake, where they foolishly dive into the cool water and never reemerge. What they find is beyond anything they've ever imagined could be possible, a world where dangers lurk in the form of Big Bad Wolves, living Nightmares and meddlesome witches and gods.

Now Story must remember who she really is and somehow stop two worlds from ultimate annihilation, all while trying not to be too distracted by the inexplicable pull she feels toward a certain dark-eyed traveler who seems to have secrets of his own. The fates of the worlds are counting on her.